The Directorate for Forest Resources Inventory and Monitoring (IPSDH) of the Ministry of Environment and Forestry in collaboration with FORCLIME has published an article in the Indonesian Journal of Geography (IJG) titled “Current achievements to reducing deforestation in Kalimantan” (IJG Vol. 50 No 2 December 2018). The paper analyses gross deforestation rates and emissions from deforestation in the five provinces of the island of Kalimantan which occurred in the time after 2012, i.e. 2013 until 2015, and puts them in relation to the average annual deforestation and emission rates of each province in the historic reference period 1990-2012, which is the baseline defined in the Indonesian Forest Reference Emission Level (FREL).

The results show a mixed picture: The overall linear trends of gross deforestation and emission rates in Kalimantan are pointing downwards (see Fig. 1) but with considerable annual fluctuations particularly in the recent past. However, the developments in reducing emissions from deforestation vary greatly between the five Kalimantan provinces, as it is to be expected due to their different biogeophysical and economic settings, logging histories and initial and remaining forest resources. While South, Central and East Kalimantan have a linear downward trend in the long term and thus seem to be on a good way in terms of reducing deforestation, West and North Kalimantan show a rather bad performance in terms of reducing deforestation. Nevertheless, the actual emissions from deforestation accumulated since 1990 are barely below the Business-As-Usual (BAU) scenario (see Fig. 2). This shows that the overall efforts across all five Kalimantan provinces were up to now not sufficient to achieve significant emission reductions compared to the projected BAU scenario. 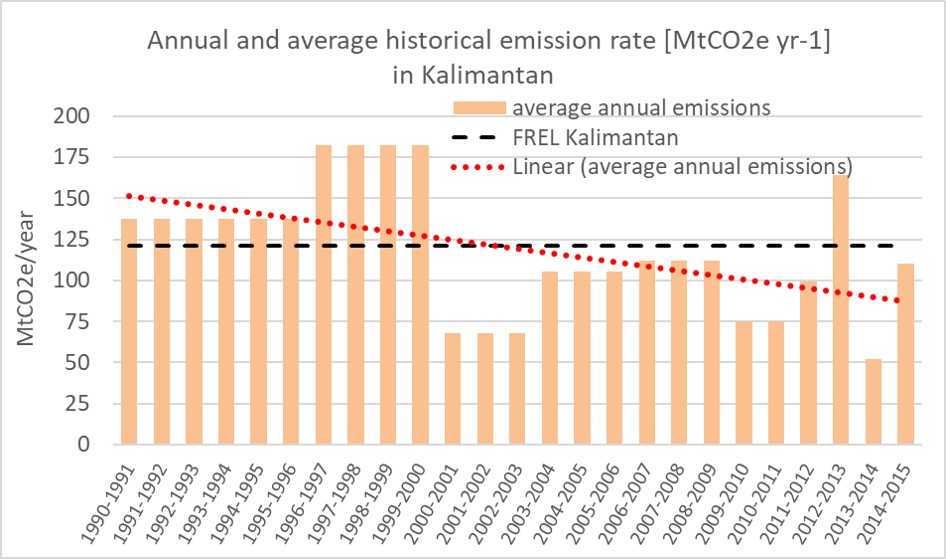 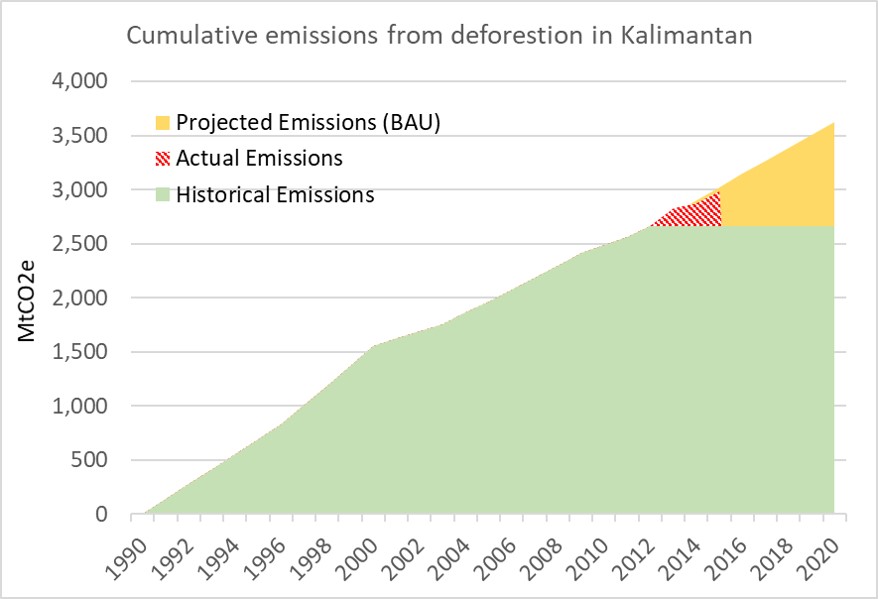 Fig. 2: Cumulative emissions from deforestation in Kalimantan. Historical emissions from the historical reference period (1990-2012) are displayed in green, the BAU for the projection period (2013-2020) in yellow and the actual emissions in 2013, 2014 and 2015 in red

Teaching lecturers how to document trainings 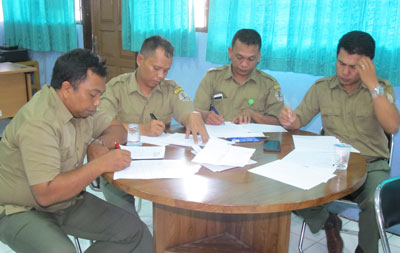 In his speech, the Head of BDLHK Samarinda emphasized the importance of such trainings as instruments for evaluations and continuous training improvement. BDLHK Samarinda has shown great interest and has expressed commitment for future trainings.

Participants gained knowledge on improving their skills in listening and recording processes and composing minutes. Additionally, they were informed on the code of rules for preparing formal documents of different government agencies.

Following the training participants were assigned as note taker in order to practice their skills in different meetings, those trainings include the Discussion on Forest Management Training Plan (23 August), the Workshop on Capacity Building Capacity and the Assessment to support the Social Forestry Program (24 August 2017).