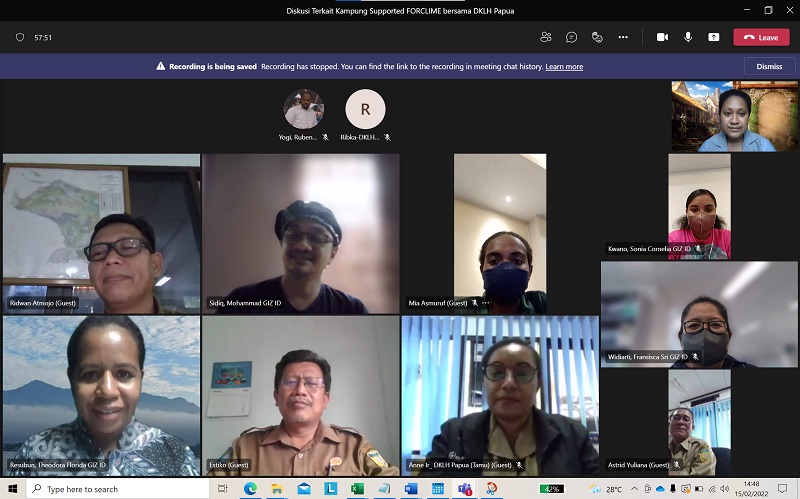 Interns at the Faculty of Forestry, University of Papua share their experiences of participation in the FORCLIME 4.0 Planning Workshop 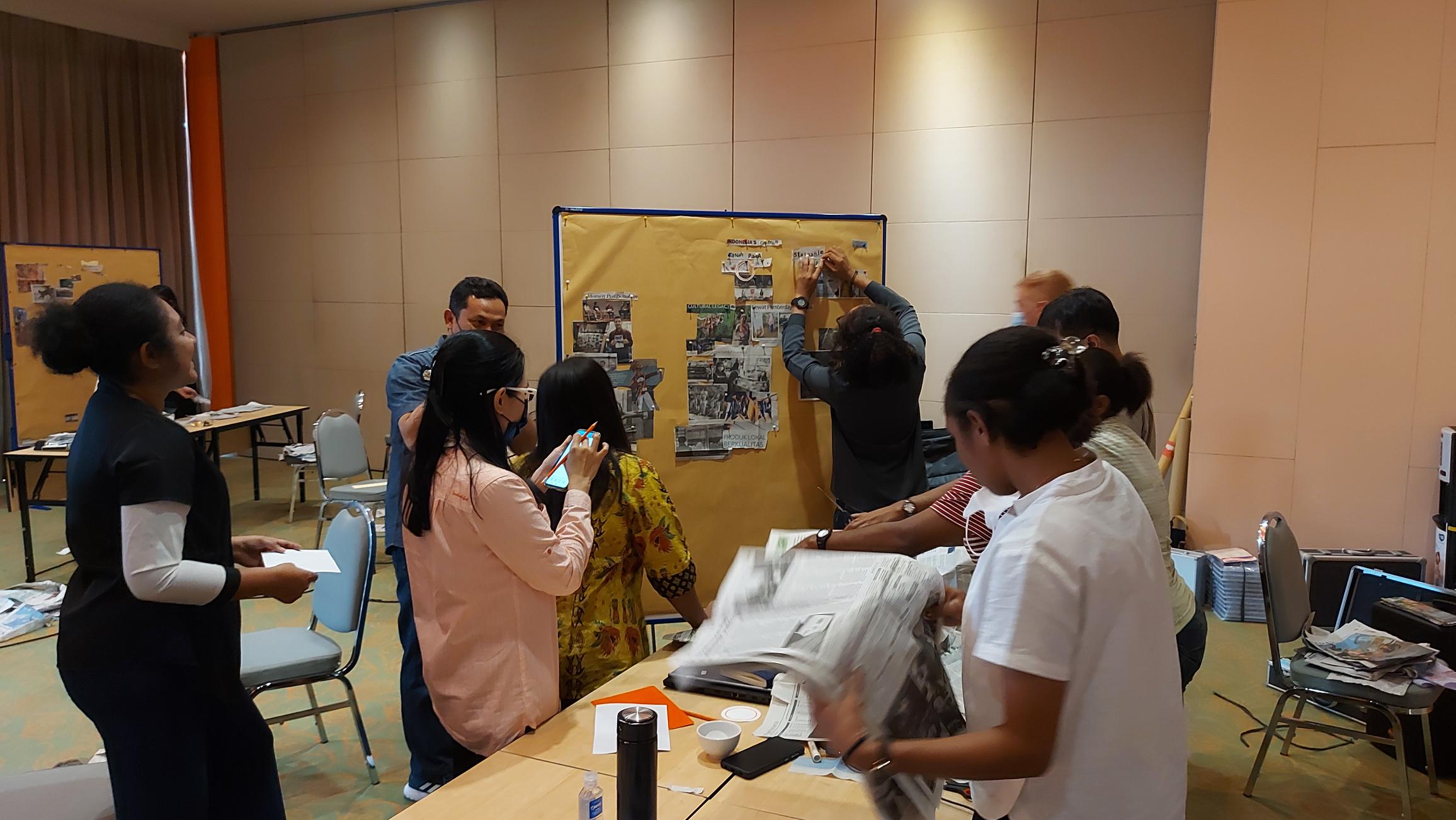 With the goal of preparing an annual programme for 2022, FORCLIME 4.0 held a Planning Workshop on January 24 – 27, 2022 in Bogor, West Java. The workshop was attended by technical staff from each Strategic Area (SA), specifically: SA1 - Forestry Policy Framework at the National and Regional Levels; SA2 - Sustainable Forest Management (SFM); SA3 - Human Capacity Development; and SA4 - Integrated Management of Biodiversity Conservation and Watersheds Within the Lore Lindu Biosphere Reserve landscape. The workshop was also attended by various administrative and financial staff, as well as a number of interns from Papua (Unipa), Cenderawasih (Uncen) and IPB Universities.

The planning workshop aimed to synchronize the 2022 work programme at the national, provincial and site levels internally within FORCLIME. The materials presented included the following, among others:
1. Forestry policy framework at the national and local levels.
2. Facilitating the process of preparing a Green Climate Fund proposal for West Kalimantan.
3. Encouraging the inclusion of gender issues in the management plan (RPJP) for the Wasur National Park for the 2022 - 2031 period.
4. Supporting discussions on FMU development within Papua and West Papua at the national level.
5. Discussions on the implementation of forestry development in relation to special autonomy and other related regulations, including climate change

In addition to the presentation, the event was designed to be both attractive and engaging and included question-and-answer sessions, personal discussions, group work, poster displays and games. All of these methods were implemented as part of efforts aimed at building teamwork. Ultimately, the aim is to direct said teamwork towards a jointly formulated vision, commitment and strategy.

During the event, Mr. Jumtani conveyed a stimulating message regarding the building of a network of partners. According to Desi Barangkea – an intern from UNIPA, Mr. Jumtani talked of the need, “to be able to map problems well and to build networks with working partners so that we can comprehensively and objectively map problems that arise in the field.”

This workshop left a distinct impression on the interns in attendance, including Desi Barangkea. “During this activity, I gained a lot of knowledge and had a number of new experiences. Specifically, I learned how to complete assigned tasks, how to work as part of a team and how to get along with technical, administrative and financial staff, as well as interns from other universities. Moreover, and not necessarily found everywhere, there was the sense of kinship that I experienced. This sense of kinship did not differentiate between employees working in high and low positions and thus a comfortable atmosphere was created.”

Meanwhile, Jumrio Nakul, an intern from Unipa, stated that he, “felt proud to be able to sit with great people at GIZ”. Jumrio also expressed his hope that his group would not be the last batch from the Unipa Faculty of Forestry to take part in an internship at GIZ.
Meanwhile, Rewandy Winel Engeline Peday (Unipa) explained that, “Our interns learned a lot and enjoyed a variety of experiences during this event, including how to implement inter-team work programmes. We would like to thank our coordinators and mentors who have always guided and directed us as interns.”