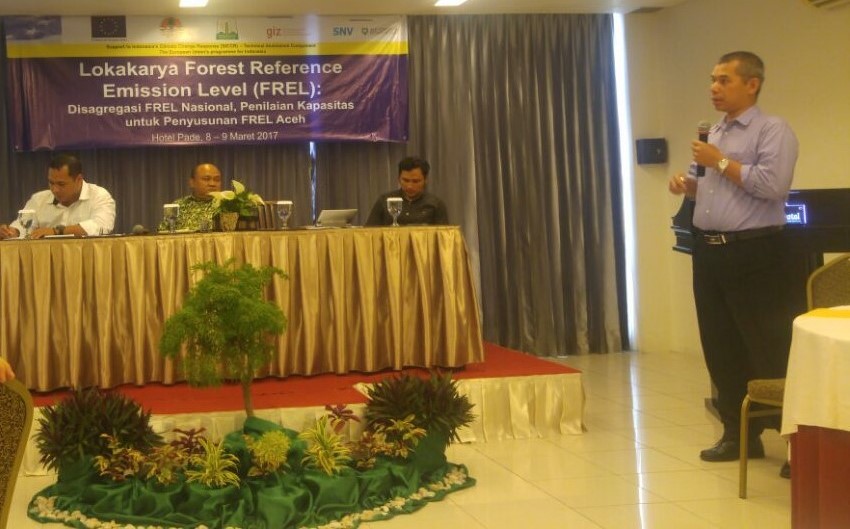 The working group of Province Strategy and Action Plan (SRAP) of Nanggroe Aceh Darussalam (NAD) Province invited the West Kalimantan REDD Working Group and the Regional Council of Climate Change in East Kalimantan as well as FORCLIME to share experience at a workshop on Developing Forest Reference Emission Level (FREL) on 8-9 March 2017 in Banda Aceh. The workshop was supported by a GIZ programme, Support to Indonesia's Climate Change Response-Technical Assistance Component - SICCR-TAC, in NAD.

During the workshop, participants gained knowledge on: Concept of national FREL and recent developments; Experience in preparing FREL in East and West Kalimantan; Steps in developing FREL; Integrating Forest Management Unit (FMU) and Forest Park (Tahura) into FREL development; Identifying capacity building for enhancing human resource development. Result of the workshop was a roadmap for developing FREL of NAD and strategy to improve human resource capacity for FMUs and Tahura.

The Working Group of Gender Mainstreaming (PUG) of the Ministry of Environment and Forestry (MoEF) together with FORCLIME held a Training of Trainers workshop on gender responsive planning, budgeting and facilitation on gender issues on 16 – 17 February 2017 in the MoEF premises in Jakarta. Participants of the training were focal points from Gender Mainstreaming working group, the West Kalimantan Forestry Service and the Malinau and Berau Forest Management Units, in addition to three participants from GIZ Gender Working Group.

During the training, participants learned about the concept of gender equality and equity from an experienced expert, as well as steps on gender responsive planning and budgeting. Additionally, participants obtained knowledge on moderation and facilitation techniques for gender issues, and on micro-teaching through work group session.

The training was conducted successfully. During the evaluation of the event many participants expressed their expectation to have more of such training to increase the number of skilled facilitators for gender issues. 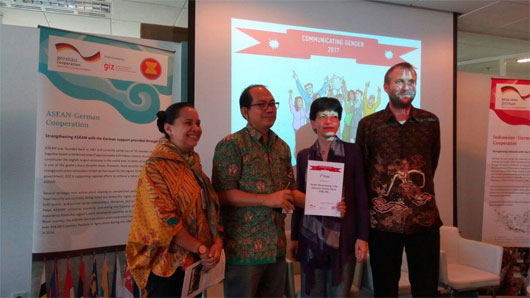 During the award ceremony, the winners shared their experiences for sharing knowledge. In addition, there was also Gender Mainstreaming Dialogue with presenters from University of Indonesia, Kowani from women group, Komnas HAM (Human Rights Comission) and the Gender Working Group of the Ministry of Environment and Forestry, as FORCLIME’s partner.