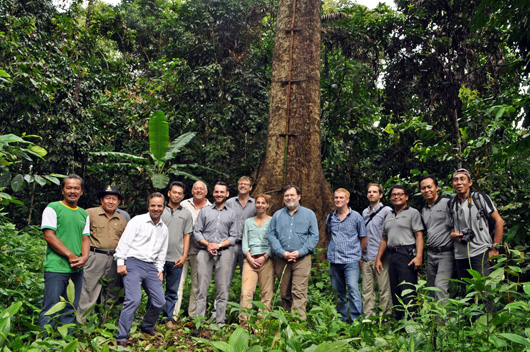 A delegation of the Ministry of Economic Cooperation and Development (BMZ) visited Kapuas Hulu on April 1st to 2nd. The delegation led by Mr. Thierry Kuehn of BMZ was warmly welcomed by the Head of Kapuas Hulu district, A.M. Nasir. Objective of the visit was to observe the implementation of the Forests and Climate Change Programme (FORCLIME) in Kapuas Hulu, and to strengthen the cooperation with the local government.

During his speech, the Regent of Kapuas Hulu, expressed his gratitude and appreciation for the ongoing program through FORCLIME. "As the program provides responsiveness to the local people surrounding forests, we appreciate it and will continue our support," he said. In addition, he also presented the potential of Kapuas Hulu and the ongoing development in the forest sector and beyond. 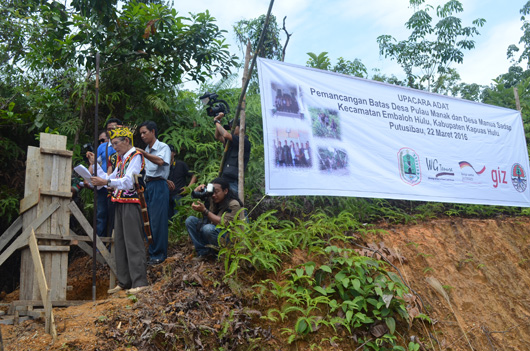 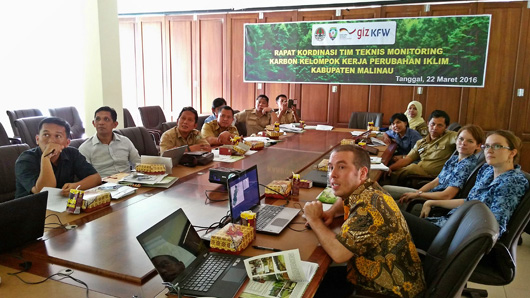 The Forestry Service of Malinau District conducted a coordination meeting with the district’s Climate Change Working Group on March 22. The meeting, which took place at the Malinau District Government office, was conducted in collaboration with FORCLIME Technical and Financial Cooperation. The objective of the meeting was to discuss the draft decree to establish a Technical Team for Monitoring, Reporting, and Verification (MRV) in the district. In addition, participants of the meeting also discussed the development strategy of the Regional Action Plan for Greenhouse Gas Reduction (RAD-GRK) for North Kalimantan Province. The meeting involved the Provincial Government of North Kalimantan, Malinau District Government, representatives of the Forest Management Unit (FMU) Malinau, as well as other organizations with activities in Malinau such as WWF, FORCLIME TC and FC.

As a result of the coordination meeting, it was agreed to establish a communication protocol between the district and provincial technical teams associated with the preparation of the RAD-GRK.