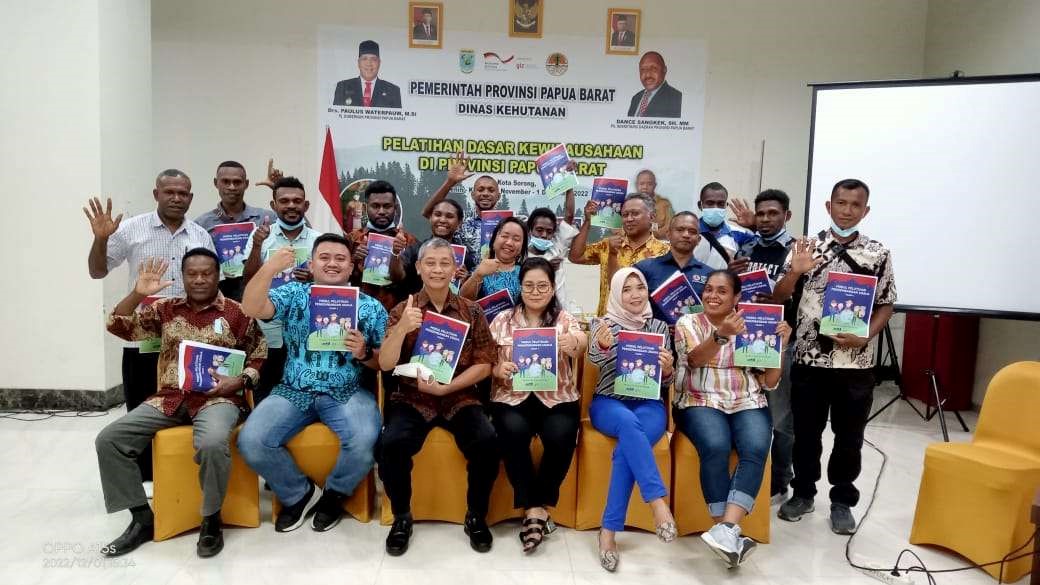 FORCLIME has a mandate to facilitate and provide support for the development of Forest Farmers Group businesses in supported villages through both the Local Community Strengthening Programme and Forest Management Units. This programme aims to strengthen Forest Management Units in terms of the provision and facilitation of skills that relate to business development, as well as support for forest farmers groups with an eye on independent and sustainable business development.

After the opening session, the general atmosphere in the training classes became livelier due to the presence of the Training Team from RIWANI Globe, a business development and human capital consulting agency. The Training Team invited the training participants to formulate rules for the sessions and to appoint a class leader from one of the participant representatives. The hope was that through the class leader, the participants would be able to position themselves not only as objects of the training sessions but also as their main subjects (actors).

On the first day, the Training Team presented a number of brainstorming materials that covered the following areas: (1) Why do you work in groups?; (2) Knowing the purpose of the group; and (3) Making business ideas. The training became increasingly interactive and was supported by several microlearning tools such as meta-plans and mind mapping.

On the second and third days of the sessions, participants learned more about product value chains, business model maps and marketing, and also enjoyed an introduction to business and production planning.

The final session was of particular importance as the participants were expected to draw up action plans. During this activity, the trainers divided the participants into two groups, namely the forest farmers groups and facilitators, resulting in two action plans. It is hoped that in the wake of the formulation of the action plans, the participants will be able to follow business licensing procedures consistently and apply the various materials that they experienced during the training sessions.

In order to follow up on the basic business development training, an online coaching session is planned for early 2023.