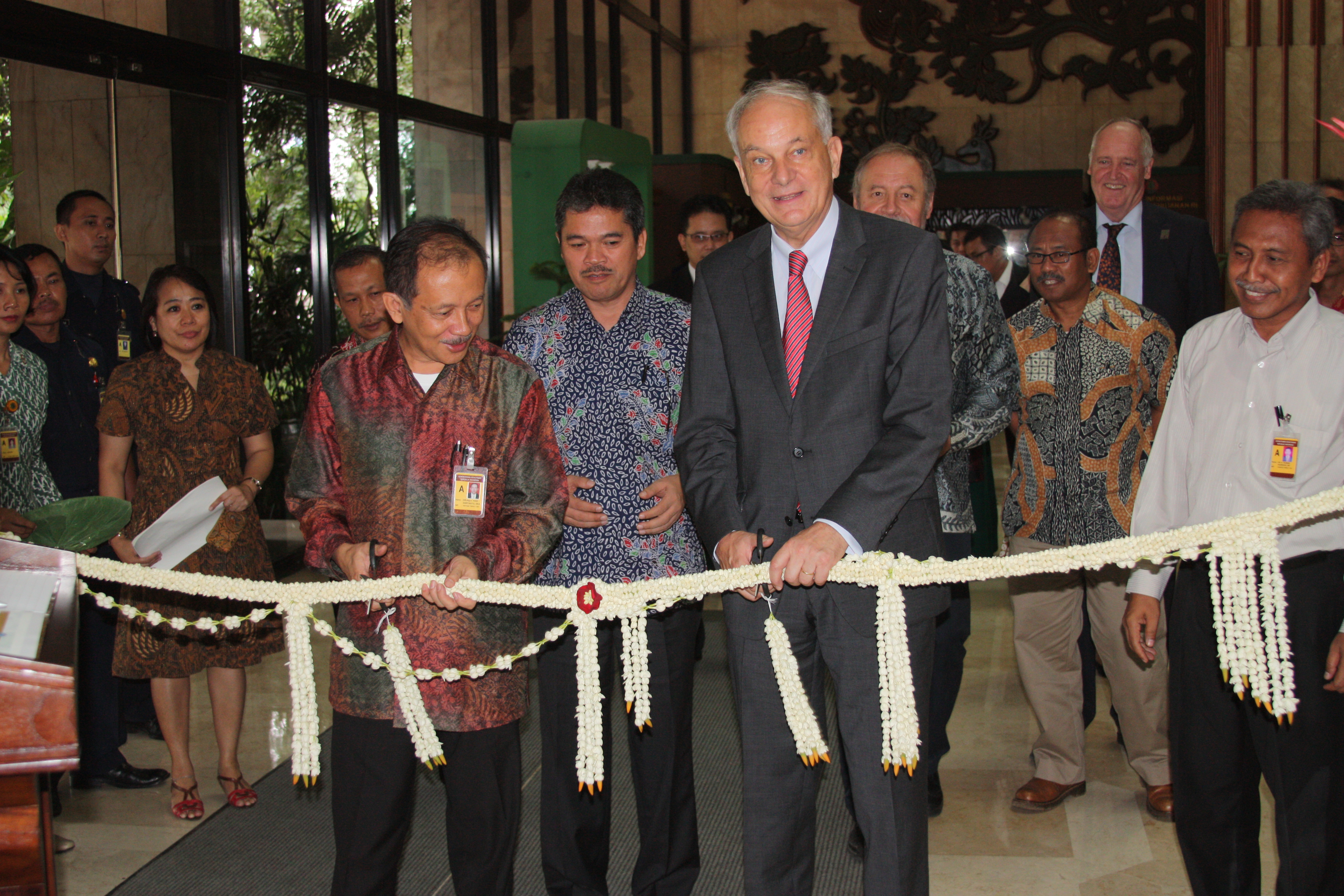 On 15 December 2011 the FORCLIME photo exhibiton was successfully launched in the entrance hall of the Ministry of Forestry. The exhibition was opened by Secretary General, Dr. Hadi Daryanto, on behalf of the Minister of Forestry, Zulkifli Hasan, SE., MM. The event was also the occasion for the award ceremony for the winners of the FORCLIME Online Photo Contest 2011. Among the distinguished guests was the Ambassador of the Federal Republic of Germany in Indonesia who witnessed the event and handed over the prizes for the winners of the online voting.

Prizes were awarded for the twelve winning photos, six each in the categories “A day in the forest” and “Forests and People”. All winning photos as well as the runners-up are displayed at the FORCLIME Photo Exhibition, from December 15th until December 23rd at the Ministry of Forestry of Indonesia, Lobby Block 1, Manggala Wanabakti, Jl. Jend. Gatot Subroto, Jakarta. The exhibition will be open for the public daily from 8 am to 5pm.
The Indonesian Ministry of Forestry and FORCLIME collaboratively conducted FORCLIME’s Online Photo Contest as part of the International Year of Forests 2011 celebrations in Indonesia.