Today from afternoon until evening, here, at the BKSDA Office in Pontianak, a lot of action took place, many people appeared, mainly fellows from NGOs, including WWF and Titian Foundation, as well as media representatives. 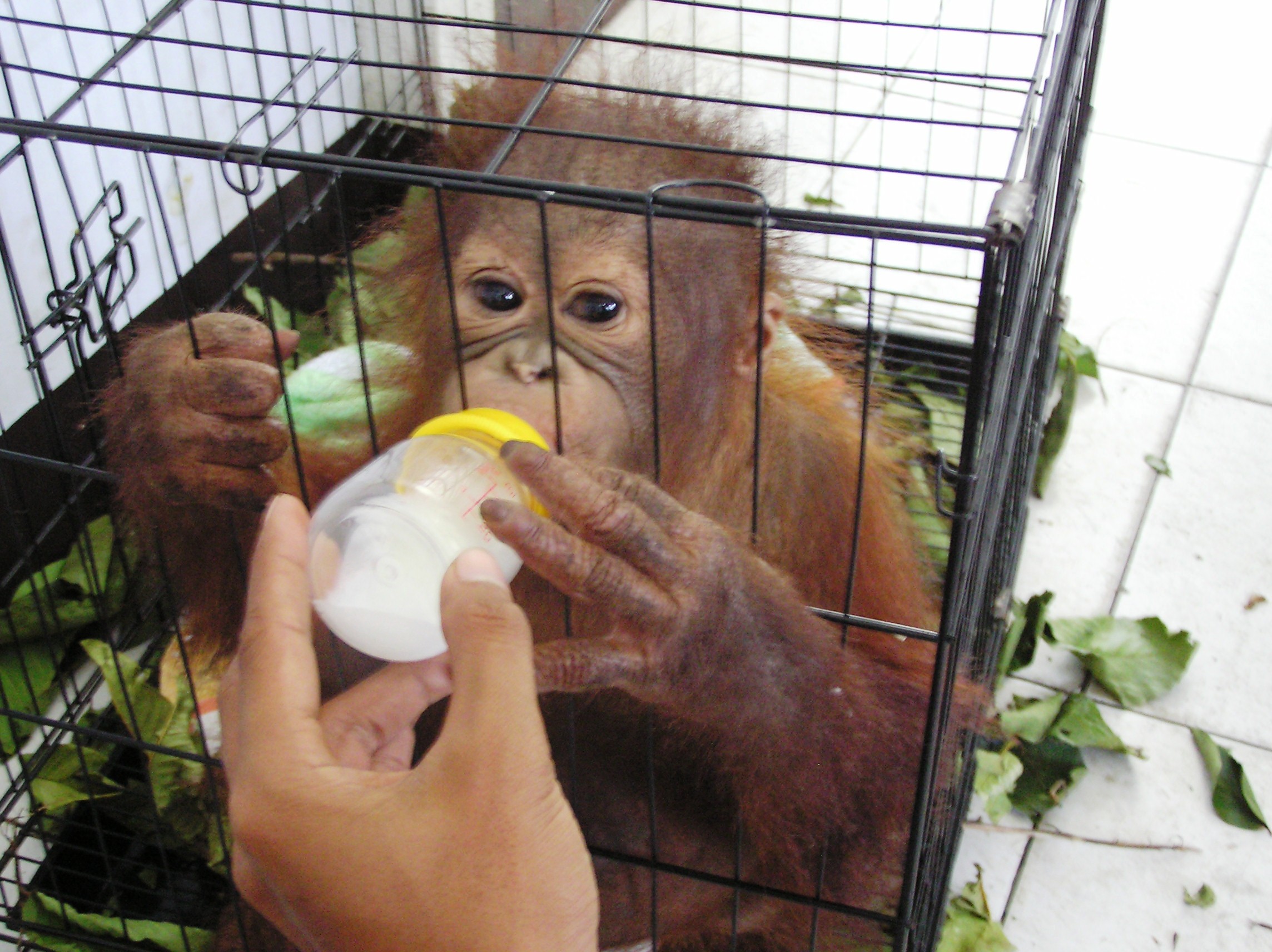 The reason for this extraordinary happening was the arrest of a salesman of wild animals for illegal trade of a 6 month old male Orangutan baby this afternoon. The sale of the Orangutan to a fellow of an NGO with potential buyers from Jakarta was planned long time before. The negotiation process between them had been going on intensively for 2 weeks until an initial transaction agreement was reached on last Friday, which then was cancelled and postponed to today. As result of a very good coordination and collaboration between NGOs, SPORCE, and the police, the salesman was arrested at the end along with one Orangutan baby as evidence.

I saw that the Orangutan was in healthy condition, and just recently (this evening), a veterinarian came to check its health. Several people say that this is the first time a direct (red-handed) arrest was made against illegal trading of orangutan in West Kalimantan.