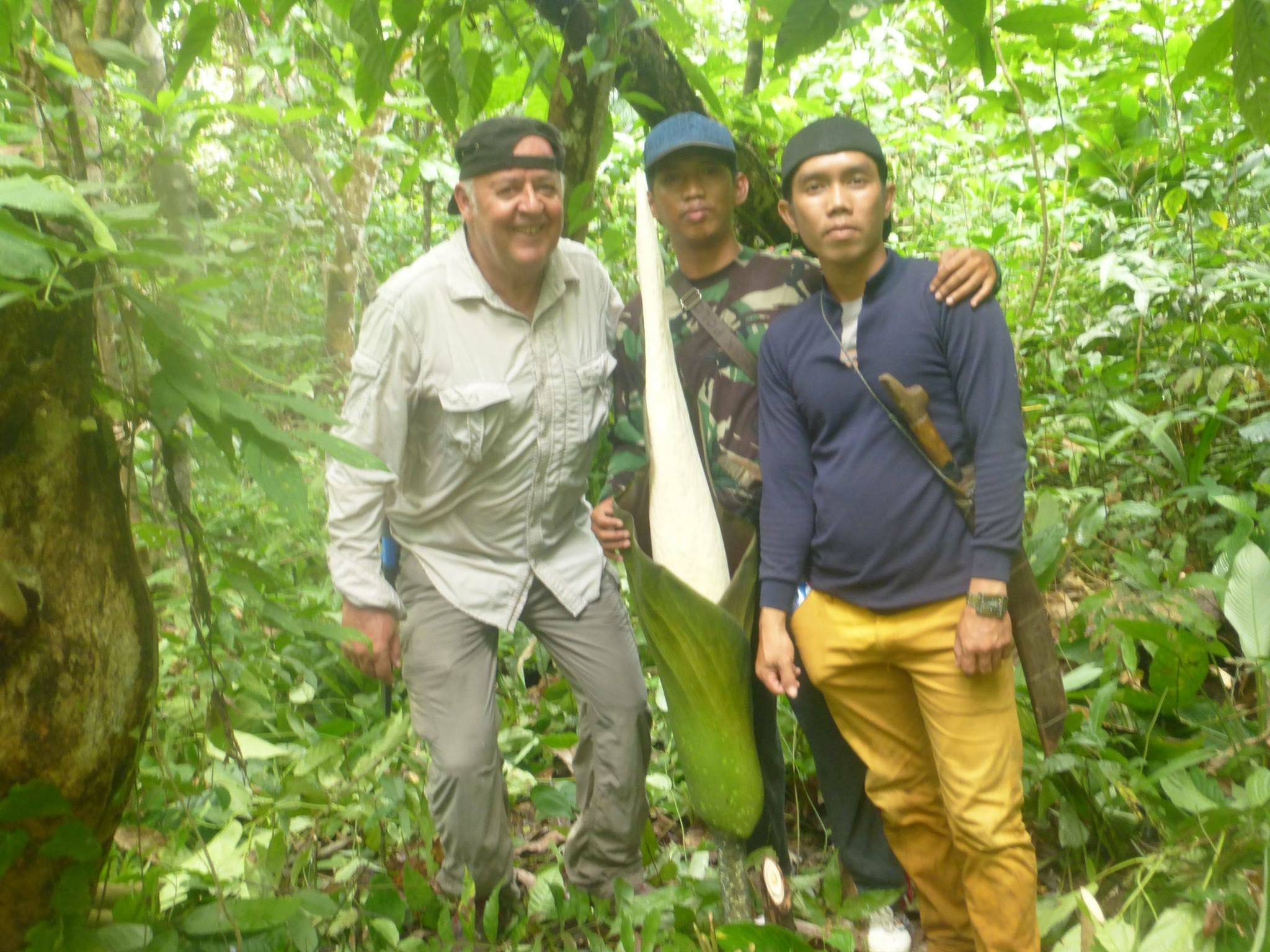 A Titan arum or Amorphophallus titanum, called Bunga Bangkai in the local Dayak language, was spotted during a two-day training on rehabilitation of old cocoa trees at Ukit Ukit village in Kapuas Hulu district, West Kalimantan. This plant with the unpleasant odor similar to a rotten animal, is classified as vulnerable by the International Union for the Conservation of Nature (IUCN Red List).

It was found in an old mixed secondary forest consisting of high fruit and crop trees such as durian, rambutan, cocoa and rubber trees, close to the river banks of Labian River. As the plant is very sensitive to habitat changes, the presence of Bunga Bangkai in the forest shows that the soil condition is good, biodiversity is rich, and there is an ecological balance.