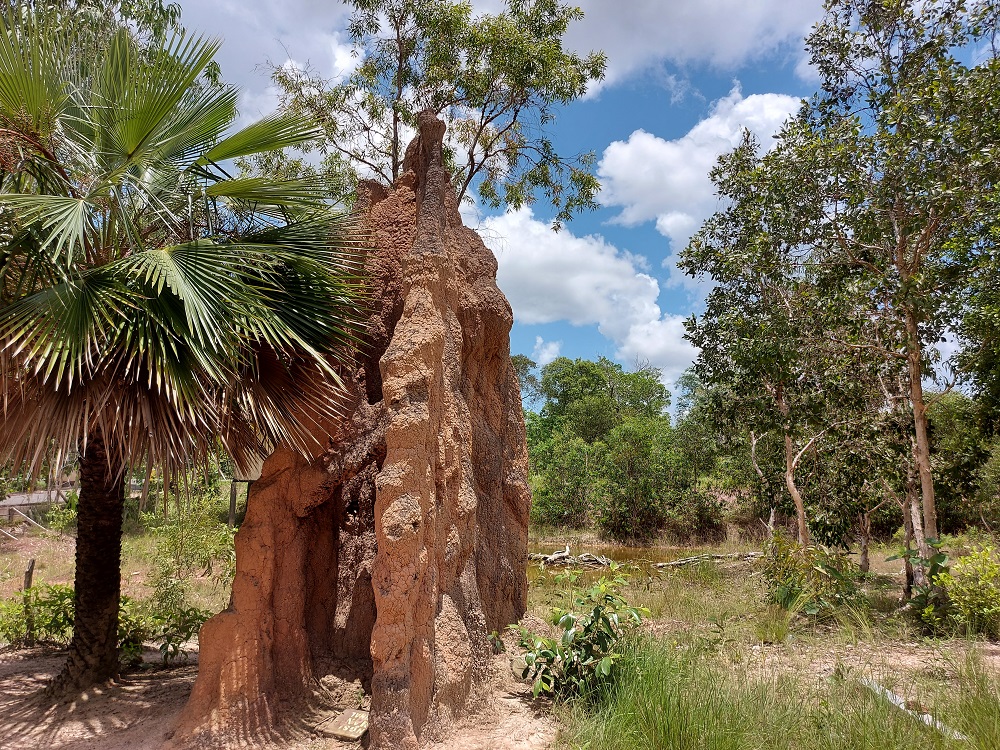 Since 2013, FORCLIME has supported various partners in the promotion of sustainable forest management in collaboration with National Geographic Indonesia magazine. This year, 2022, this ongoing collaboration has been highlighting sustainable forest management and biodiversity conservation within the Wasur National Park in Merauke, South Papua. This activity, which is known as Pusparagam Wasur or Diversity of Wasur, has resulted in various products, including features and informative maps that have been published in National Geographic Indonesia (NGI) magazine, as well as short movies that have been uploaded to NGI's social media accounts.

This year's cooperation project differs slightly from those of previous years in that, in addition to the published materials outlined above, training sessions on the preparation and development of virtual tours have also been organized for Wasur National Park staff. As part of the promotional activities of national parks, virtual tours of national parks and ecotourism destinations are seen as the most effective media through which to promote ecotourism and a post-pandemic "new normal lifestyle". Through such activities, information about the Wasur National Park can be disseminated more widely.

In order to collect data and information, the NGI Team undertook an expedition to the Wasur National Park from 19 October to 1 November 2022. The first three days of Pusparagam Wasur's journey began with a training session in the preparation and development of a virtual tour of the Wasur National Park, which was attended by national park staff. The participants in the training session had the opportunity to improve their levels of expertise and skills as regards the making of short movies aimed at promoting the national park.

The expedition got underway at Kampung Rawa Biru, one of the national park-supported villages. This place became the starting point for the NGI Team in terms of the taking of pictures and the conducting of interviews with several community leaders. Among the locations visited were Youram Savana, Dolgamit Swamp and Tomer Beach, which are famed for their panoramic photo opportunities, wildlife viewing, wetland landscapes and migratory bird watching. In addition, the expedition also visited FORCLIME-assisted villages in the Wasur National Park, namely the villages of Yanggandur and Wasur. In Yanggandur, the team covered women's group activities that involved the production of non-timber forest products, including trigona honey (honey from stingless bee cultivation), ants’ nest tea (a herbal drink made from epiphytic plants of the genus myrmecodia) and eucalyptus oil. Meanwhile, in Wasur, the team covered the Sasi tradition (which comprises a set of customary rules that regulate a prohibition on the taking of natural resources from certain locations or hamlets during certain periods). Sasi is closely related to respect for relatives who have previously passed away. The ceremony that was performed during the visit revoked the most recent Sasi, which was instantiated a year after the death of a relative. The Sasi custom manages the area in an indirect way, allowing time for natural resources to grow back and restore their populations.

The results of the Pusparagam Wasur expedition will be published in the January 2023 edition of National Geographic Indonesia magazine and the hope is that information about the Wasur National Park will be widely disseminated among the magazine’s readership and reach a significant national audience. In addition, the short movies that have resulted from this collaboration will be uploaded to NGI's social media pages in the hope of reaching a younger generation.