The global GIZ Forest Governance Programme (FGP) and the bilateral German-Indonesian Forests and Climate Change Programme (FORCLIME) have been working together since 2013 in Indonesia, to improve forest governance and to strengthen access of local or customary communities to forest resources.

How does FORCLIME support the Resolution of Forest Conflicts?

The two GIZ programmes cooperate with the Indonesian multi-stakeholder platform Working Group on Forest Land Tenure (WGT) and the Ministry of Environment and Forestry on the mapping of customary forest, land use rights and related conflicts, as well as the development of innovative mechanisms for conflict resolution at local level in FORCLIME pilot districts Berau and Kapuas Hulu in Kalimantan. 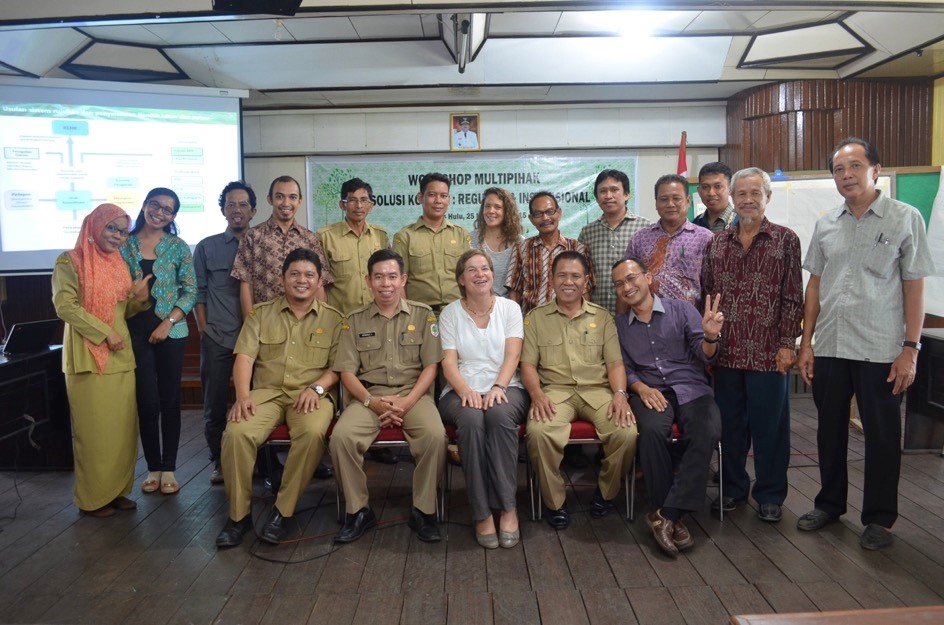 What has been achieved so far?

In support of the resolution of land and forest related conflicts the following results have been achieved so far:

The DRKL opens up significant opportunities for building staff capacity, and for developing connections and more effective coordination among the agencies and organizations responsible for natural resources management. DRKL must underscore a core commitment to neutrality, develop a clear mandate and designated responsibilities, promotes integration with other agencies and initiatives, including an expanded role and dedicated funding for conflict coordination and mediation.

FORCLIME will support the DRKL during a 3 years pilot phase up to the End of 2019. The focus in the early stages will be on piloting mediations and documentation of the processes and outcomes. Ways will have to be identified to share emerging lessons with a wider audience. The Komunitas Penyelesaian Konflik Sumber Daya Alam (KPKSDA) and the CRU-Technical Advisory Team meetings provide immediate opportunities for this purpose.

Furthermore, the DSKL will need assistance to develop an online system and data base for receiving reports about conflicts and referring them to the authorities in charge.

The District government of Kapuas Hulu will need to explore options for sustainable funding of conflict coordination and mediation. WGT-FORCLIME will ensure that activities, developments and lessons learned are communicated with the relevant authorities on national level and inputs are provided for future national legal and policy decisions in conflict resolution

Ultimately, experiences and lessons learned during the pilot phase may be replicated to other FORCLIME pilot districts.