Indonesia ratified the Paris Agreement through Law 16 of 2017 and submitted the Indonesian NDC (Nationally Determined Contribution) to the UNFCCC on 24 September 2017. As outlined in the NDC, Indonesia has targeted to reduce GHG emissions up to 29% by 2030 in a business as usual (BAU) scenario and up to 41%, with international support. The focus sectors are Forestry, Energy, Agriculture, Industry and Waste Management. The NDC is mainstreamed through development plans at all levels (national, province, district, and village level). Funding sources for these development plans are budgeted at all respective levels and further sources, such as private sector and international funds are being tapped into.

The NDC funding is project based and sectoral based, the funds can be sourced from national and subnational sources, grants (multilateral and bilateral funding) and from other sources, including the private sector. Bilateral mechanisms are derived from Norway for REDD+, Germany for energy efficiency and Japan for energy efficiency and technology transfer through a Joint Crediting Mechanism (JCM). Multilateral funding is granted by the Adaptation Fund under the Kyoto Protocol; special climate change funds and the Least Developed Countries Fund managed by the Global Environmental Fund (GEF) and the Green Climate Fund (GCF) under UNFCCC for adaptation and mitigation. The access to the GCF is managed by the GCF Board and the Designated National Authority (DNA) in the Ministry of Finance. Furthermore, non-UNFCCC multilateral funding from multilateral development banks is available, such as from World Bank (BioCarbon Fund) and ADB (Climate Change Mitigation, Clean Energy Program, Funds and Partnerships). 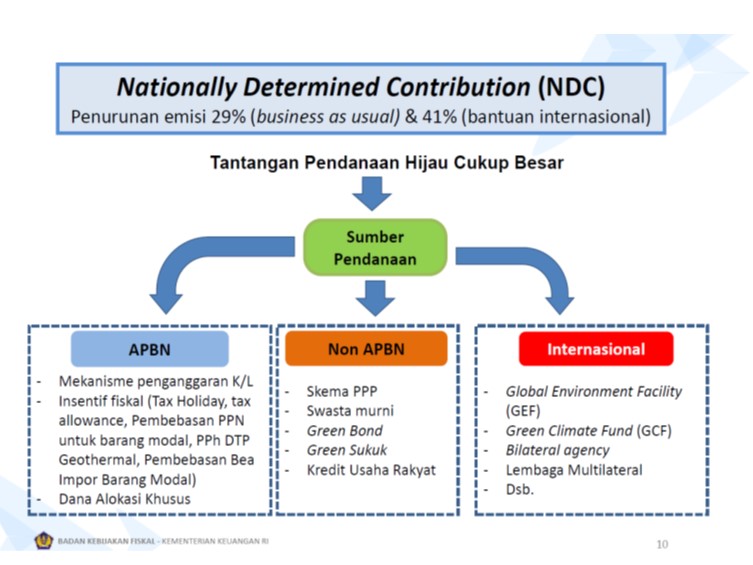 The most recent development regarding climate change financing is the establishment of the Public Service Agency (Badan Layanan Umum - BLU). The BLU is a Guiding Committee, which is composed of the Ministry of Environment and Forestry (KLHK), the National Planning Body (Bappenas) and the Ministry of Finance (Kementerian Keuangan). The BLU monitoring is organized by a team, which represents national governments (ministries and agencies) and non-government institutions. The beneficiaries could be government institutions, academics, researchers, CSOs and smallholders (Source: Ir. Achmad Gunawan Widjaksono, MAS, 5 September 2017).

Prior to the merging of the State Ministry of Environment and the Ministry of Forestry, FORCLIME has supported Indonesian policy development processes regarding climate change via the Ministry of Forestry. The objective was to improve at least two elements of the REDD+ architecture (e.g. MRV, safeguards, and benefit sharing mechanisms) at national and sub-national level in coordination with relevant institutions.

FORCLIME, in cooperation with other German support programme, PAKLIM, supported the development of the Trust Fund Mechanism called Indonesia Climate Change Trust Fund (ICCTF) in 2009. GIZ contributed technical assistance on its development. The ICCTF is a nationally-managed trust fund that aims to contribute effectively and efficiently to mainstreaming climate change adaptation and mitigation funded activities in government planning and implementation across Indonesia (source: ICCTF website). Additionally, the task of ICCTF is to distribute the received funds to appropriate climate change activities. In 2015, ICCTF funded six programs in locations across Indonesia in line with its thematic focus in: Land-based mitigation, energy, resilience and adaptation. 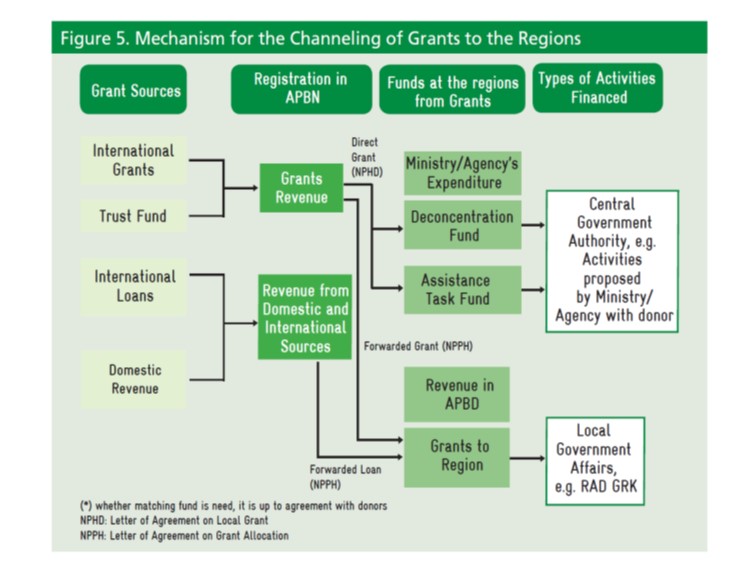 Since December 2015, FORCLIME supported the Ministry of Environment and Forestry in various activities on REDD+ architectures such as the Safeguards Information System (SIS), the National Registry, the Forest Reference Emission Level (FREL) development and incentive mechanism. A study in Malinau district about a district financial mechanism at village level, called Gederma, was undertaken in collaboration with the University of Indonesia and the RCCC-UI (Research Center for Climate Change - Universitas Indonesia). The study concluded the possibility of fiscal transfer from the national government to village level.

On 4 to 8 September 2017, FORCLIME in cooperation with the University of Indonesia facilitated an exchange on green finance mechanisms between senior members of the Indonesian parliament, the Ministry of Finance, the Ministry of Environment and Forestry, BAPPENAS and the district governments of Berau (East Kalimantan), Kapuas Hulu (West Kalimantan) and Sigi (Central Sulawesi) with Indian senior experts in Dehradhun and New Delhi. The 17-person delegation spoke to the stakeholders involved in the 14th Financial Commission on the Indian landmark decision to include forest cover in the devolution formula, which specifies the amount of domestic funds transferred from central government to state level. Due to this decision, forest conservation has gained value within the financial transfer mechanism. As a result, an estimated six billion US dollars are being transferred yearly to local level as unconditional funds based on the performance of states in forest conservation. Due to the study tour to India, delegates gained a new perspective and understanding on how to justify transfer mechanisms for forest conservation. The delegates also gained an overview of fiscal policy formulation and governance.

This focus will be coordinated with the Ministry of Environment and Forestry via the Directorate General of Climate Change Control and relevant stakeholders for the activity implementation, such as the RCCUI, will be engaged.