Closing Ceremony of the Equator Expedition 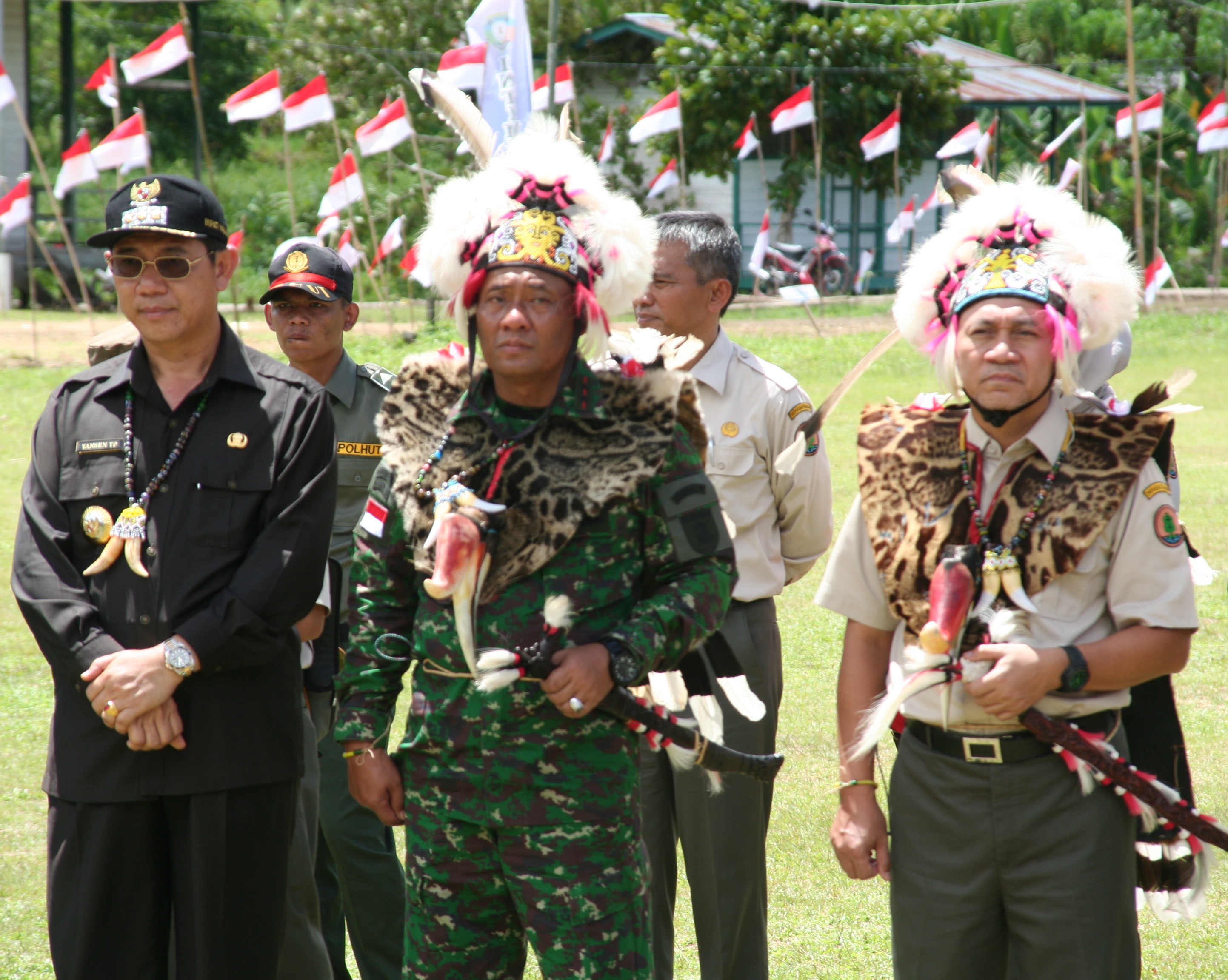 The Minister of Forestry,  Zulkifli Hasan, and the Special Army General Commander, Wisnu Bawa Tenaya, along with the Military Commander of Kalimantan Region, Subekti, attended the closing ceremony of the Equator Expedition 2012 in Long Alango, Bahau Hulu sub district of Malinau district on 16 July 2012. They were welcomed with traditional dancing and conferred the customary title as custodians of the forest by the Customary Chief of Bahau Hulu, Anyi Apuy. In his speech, the Minister said that forests are important for the livelihood of Dayak communities and criticized the forestry policy of the past which allowed mismanagement and caused damage to their forest by granting concessions. Minister Zulkifli Hasan pointed out that the Government of Indonesia undertakes to improve forest management by issuing the Moratorium in 2011 and involving the communities in forest management through social forestry schemes like the ‘Hutan Desa’ concept.

The Regent of Malinau, Yansen TP, and Chief of Malinau Indigenous Forum, Martin Labo, also participated and delivered presentations. Martin Labo explained about the collaborative management of Kayan Mentarang National Park with stakeholders such as the local government, local communities, national park management, and NGO. The Regent emphasized in his speech the conditions in Malinau especially in remote sub-districts adjacent to Malaysia. He explained that the legal status of the area makes development difficult since most of the area is surrounded by protected forest and national park. The Minister took initiative by inviting the Regent and related stakeholders to discuss about the development in border areas including infrastructure across forest areas. He also promised to visit Malinau again in September for further discussions.

FORCLIME team members from Malinau were invited and attended the ceremony.