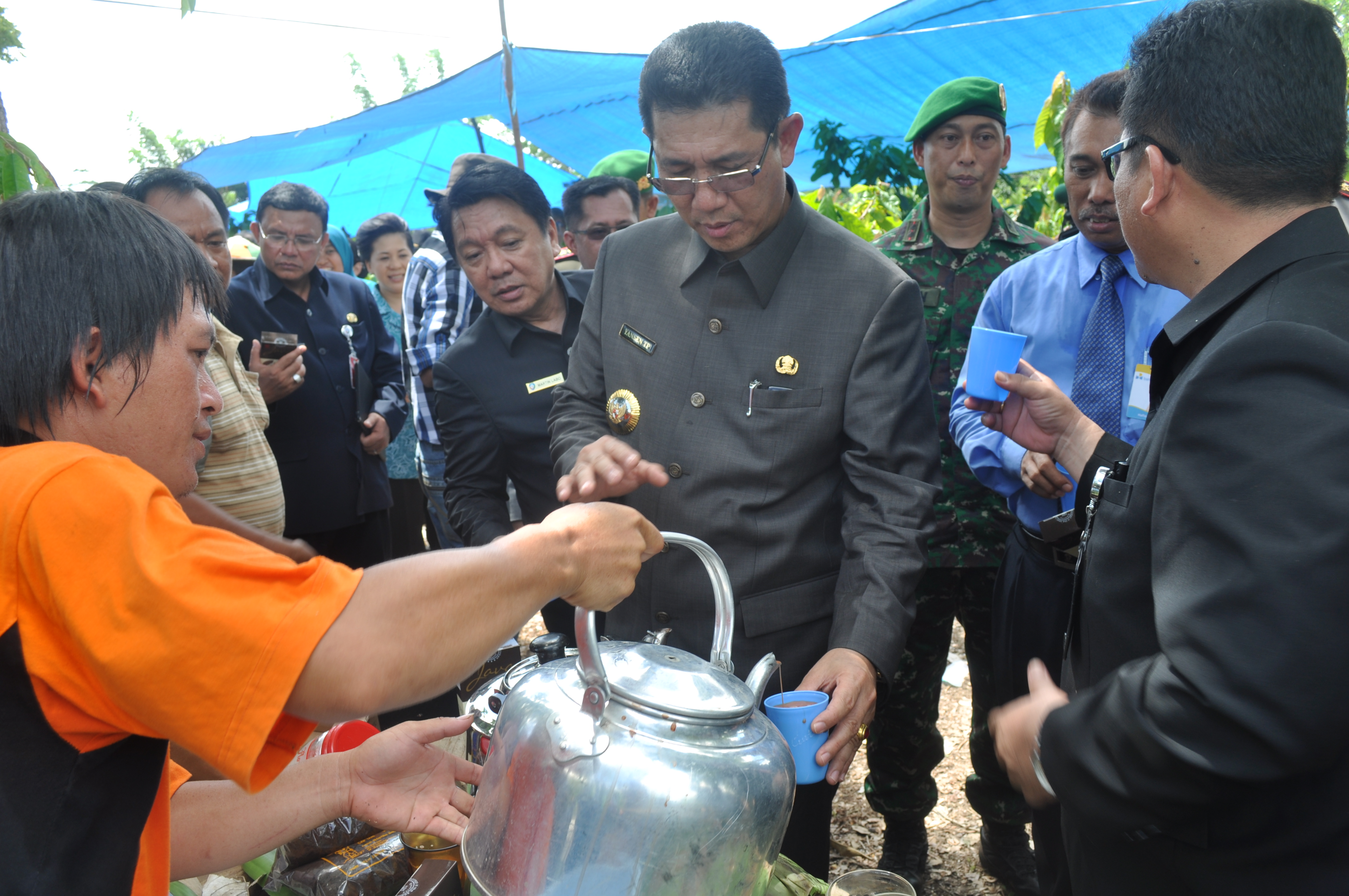 On 21st of May 450 farmers and local government representatives of Malinau District, East Kalimantan, celebrated the founding of the District Farmers Association.

At the occasion, the Head of Malinau District, Dr. Yansen, expressed his appreciation of FORCLIME’s support to promoting agroforestry systems for sustainable cocoa production:

“The work of FORCLIME supports our farmers and shows innovative ways.. The introduced agroforestry system is close to the local traditional system of farming”, Dr. Yansen said, adding that the natural succession system  would bring more benefit to smallholder farmers than  single-crop plantations.

During their visit to one of the demonstration plots established with support from FORCLIME the gathered farmers were impressed by the management of such a successional agroforestry system for sustainable cocoa production and by its results. The progress to be seen less than one year after the plot’s establishment already illustrates well the diverse potential yields of the production system as well as the potential for carbon absorption and storage.

The farmers also learned about growing market potentials for their produce when one cocoa buyer from Bathera Agro Tritama Jaya declared he is still looking for more suppliers to add to the 6 tons of cocoa per month that he already buys in the district at higher than local market prices. As a form of promotion, he offered cocoa drinks to the farmers, many of whom had not tasted it before, but nevertheless enjoyed the experience, as did Dr. Yansen.

FORCLIME has worked with relevant district government agencies and WWF since October 2011 to promote sustainable cocoa production based on natural succession in an agroforestry system. Activities include establishment of pilot plots with individual farmers as a basis for knowledge transfer, facilitation of market linkages, and strategy development.