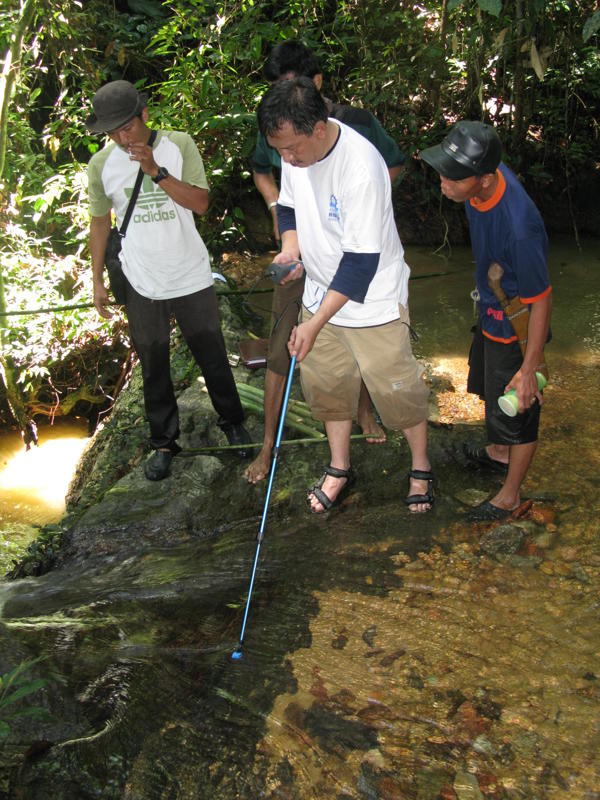 One important step for FORCLIME Program in the Heart of Borneo area is accomplished on 6 December 2010. After a long process, the District Government of Kapuas Hulu, in particular Dinas Pertambangan dan Energi (district service office of mining and energy) has agreed on conducting a multi-stakeholders meeting on “Potency of new renewable energy development in Kapuas Hulu District, the Potency of Micro-Hydro Power Plant (MHPP) in Buffer Zone of National Park”. The meeting will be undertaken at the Dinas Pertambangan dan Energi Office on 19 January 2011.

This step is considered as an important achievement as the local government institution that is not involved in forestry and environmental issues eventually has attention on ‘conservation’ initiatives. Therefore, through the activity, FORCLIME Program is more confident in promoting forest conservation and sustainable forest management in order to reduce deforestation and forests degradation as supported by local government and other stakeholders in Kapuas Hulu District is in place. Additionally, the step is also significant as it develops a ‘new’ foundation for management collaboration between national park offices (Betung Kerihun and Danau Sentarum) with local government of Kapuas Hulu, and people in the surrounding of the national parks as well.